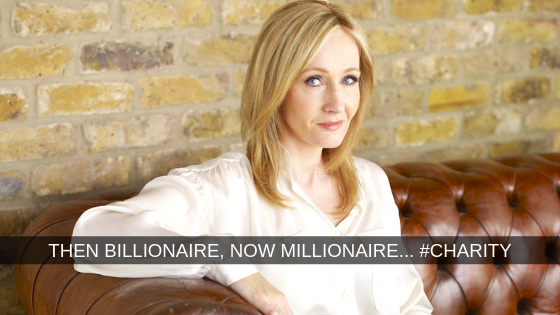 JK Rowling Charity’s work is huge, literally huge. Social Work comes from the heart for some people and JK Rowling is one among very few philanthropists.

She is well known for her work ‘Harry Potter’, She has been listed as one of the most influencer novelists with more than 500 million copies sold.

Considering the massive popularity she has, the 53-year-old celebrity is no less than any major celebrity whose charity works tops the ranking always.

Let’s understand the charity work and social deeds by the legendary writer herself and her massive efforts to make society a better place to live.

Here’s JK Rowling Charity Work We All Must Read: Not only her books, but the massive charity work by the millionaire herself is an inspiration for all. Wish to donate just like JK Rowling? Click to contribute.