People Who Live With Grandparents are Really Lucky – Says Teenagers 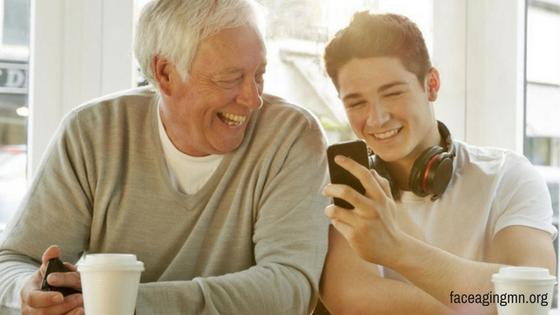 The best thing in the world for aging people are their ‘Grandchildren’. This is proven that people tend to live longer when they stay with their grandchildren. But what is the perspective of grandchildren about their grandpa & grandma?

We did a survey for the same and it took 150 days of time and which covered around 50,000 teenagers (mostly 17-22 of age) and we got some eye-popping results.

Here’s What Teenagers Have to Say about the Grandparents:

When we started it, the first few responses were “No, please, we don’t want to be questioned all the time”. Even after the survey crossed 1000, we received mostly negative opinion.

We felt disheartened, we almost shelve this survey but the response got changed, a girl broke into tears and said, “I used to talk to my Dadi (grandma in Hindi) for almost 2 hours a day. Ever since she passed, I don’t know what to do in those hours”.

After that, “I have a grandpa, but we never speak, my dad sent him to an Old Age home and there’s no network to even make a call”.

Followed by “My grandparents passed when I was 5, I don’t remember anything but I do see old pics which makes me remember the best smile I had”.

This was the best reply, we approached a guy and asked the same, and he replied by showing his mobile which had the Wallpaper of his grandfather. He said with watery eyes, “I lost my dad at 3, my grandpa was the person I was closest. Even he died 10 years ago… I miss him every second”.

And the ratio of positive: negative opinion was 8:2.

And almost every teenager said “Lucky people have grandparents”

Having elders at home is one of God’s most beautiful blessing. But sadly some people make their life worst in their golden age. Even we see people at our Old age home, dropping their parents and their grandchildren will be someone they’ll miss the most.

But we do have people visiting our Old Age Homes with an intention to spend some time with us. Which is heart-warming… Let’s make their life a little better with our charity. Click to contribute, find the link on top right of the page.