In this blog: Let’s unveil Jackie Chan charity work, all his social activities & contribution for various causes which is as huge as his stardom. Jackie Chan is undoubtedly the world’s biggest action star and a living legend who have redefined the action movies for the last 40 year of his film career.

The Hong Kong movie superstar who lifted the Academy Award has always appeared in the news for all good reasons.

We have teased about his social work in our previous article but it wasn’t enough to explain even his part of the contribution. So, let’s understand his list of charity work in this article: 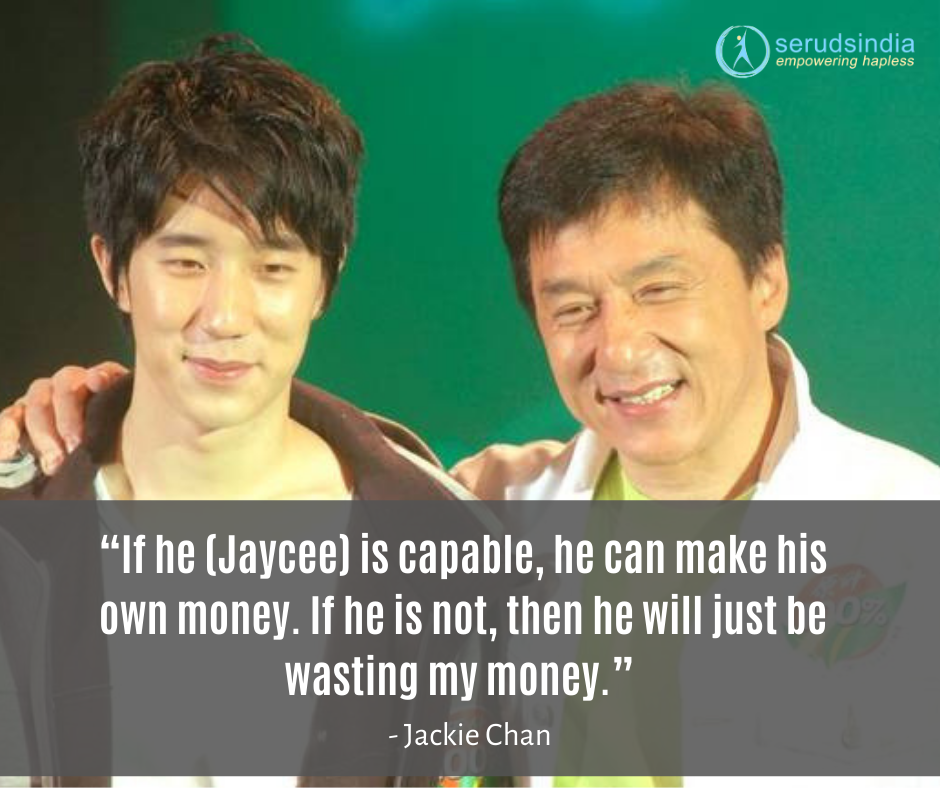 More than talent and luck, it takes a heart of gold to continue the unbeatable legacy. Chan deserves a huge round of applause for his charity work. We love you Jackie Chan sir.

Please comment below and we promise to reply back.

Since you are here:

SERUDS is an NGO that works for many underprivileged children and old age people. We request our readers to make a donation for the needy people. Click to make a charity.

Tags: Charity Work Donation Jackie Chan JC Foundation seruds
Previous Story
5 Best Things To Donate To an Orphanage, Apart From Money
Next Story
The Secret Of Happiness is Not Being Rich, Its Charity – Scientifically Proven